blog - SCOBY: the mother of kombucha

In this blog post we want to demystify the strange but intriguing creature responsible for our beloved booch. If you haven't heard of scobies yet, be ready to be amazed. It's wild (fermentation)!

Kombucha has been around for a looooong time. Many of the oldest records go as far back as 221 B.C. in China, Japan and other parts of Eurasia. Ever since then, kombucha has been passed on from generation to generation. How did this happen? People handed down scobies, that simple!

But what is a scoby? Scoby is actually an acronym, which stands for 'Symbiotic Culture of Bacteria and Yeast'. Let's dive a little deeper into this.

'Symbiotic' means that you have two different organisms that live in close association with one another. 'Culture' refers to the cultivation of living organisms in a medium which contains nutrients for those organisms. And 'Bacteria' and 'Yeast' are those actual living organisms.

If we now put two and two together you can see that certain bacteria and yeast work closely together to transform the sweetened tea into delicious kombucha. This process of transformation by living cultures is called fermentation.

Scobies make kombucha. How do they do it, that's the question!

Kombucha is made with four simple ingredients, water, tea, sugar and a scoby. The tea leaves are steeped in hot water, after which the sugar is dissolved. This sugary tea now holds all the nutrients for the hungry bacteria and yeast to feed on.

First the yeast get to work. Those little creatures are sugar addicts and go through the sugar supply fast. In doing so they create alcohol as a byproduct of their digestion. This is the cue for the bacteria to step in. They convert most of this alcohol into acetic and gluconic acid. Yugen Kombucha only contains 0,3% left over alcohol. During both of those processes, the yeast and bacteria multiply, leading to an end beverage rich in microorganisms and healthy acids.

During the fermentation, which takes about 2 to 4 weeks, a thick, rubbery, jelly-like disk grows on top of the tea. This is most commonly referred to as 'the scoby' or 'mushroom'. It definitely has nothing to do with mushrooms, but we understand why people call it that. Because every new brew generates a new scoby, people also tend to call it 'mother'. We like that idea more...

The disk is made up of cellulose which is a byproduct of the acetic acid bacteria. It creates an easy way to pass on the necessary yeast and bacteria species to new aspiring kombucha brewers. Although the yeast and bacteria also live in the actual tea, scobies tend to draw the most attention.

Yugen's very first scoby comes from San Diego, California. It was handed to us after a fermentation workshop at an organic farm in 2013. After the workshop our founder Yannick rushed home to put the scoby in a fresh batch of tea. The offsprings of that mother eventually made it across the ocean and continue to ferment our tea today.

Some people may eat scobies, but we prefer to drink the beverage. After all, the liquid also holds the same microorganisms. According to many sources, 'the probiotics produced during fermentation can help restore the balance of friendly bacteria in your gut and may alleviate some digestive problems'.*

Together with the department of microbiology at the University of Ghent, Yugen researched the amount of living cells in our kombucha. We found that every bottle or can contains as much as 3 billion living cells. This is about half the amount of the world's most famous probiotic drinking yoghurt. But instead of just one strain of bacteria, our kombucha contains at least 5 different kinds of microorganisms.

Be careful though, not all kombuchas are treated equally. Some brands opt to pasteurize their kombucha to make it shelf stable. Shelf stable kombucha doesn't require refrigeration because it doesn't contain any live cultures. If you want your kombucha to be fresh and teaming with life, make sure you check the label or buy one out of the fridge.

But, whatever you do, always tell your mother you love her! 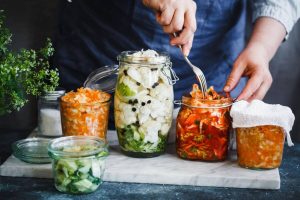 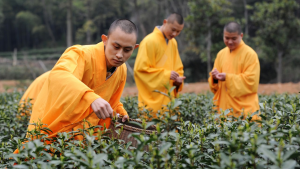 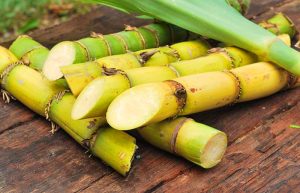