blog - 'The Panther' by Charles Degeyter

Charles Degeyter is a Belgian illustrator with a focus on popular culture artwork making both personal work and illustrations for some of the world's leading rock bands. Charles has been drawing his entire life and always had a strong appreciation for fine arts. For Yugen he illustrated the Mango Turmeric flavour.

Around the age of 15, Charles began to actively go to concerts. He regularly came into contact with posters of international bands. This had a major influence on his style and was ultimately the reason why he started designing and screen printing concert posters himself.

“I am thinking, among other things, of the earlier posters by Frank Kozik, Emek and Jermaine Rogers. I've always had a huge preference for artists who are strongly linked to a particular subculture or scene. There is something fascinating about the kind of work that takes you back to a certain moment, a specific combination of circumstances and creative minds that cannot be repeated. ”

His fascination for that other world also applies to work by outsider artists such as Henry Darger and Susan King. In addition, classical works such as the etchings by Goya, wood engravings by Gustave Doré and the natural history prints by, for example, Albertus Seba and John James Audubon have had a major influence on his illustrative work.

Charles often uses opposites in his work to create a certain tension.
“I find the search for that 'sweet spot' where you are both moved and horrified at a job very interesting. So no specific atmosphere, but rather an unknown mysterious setting that raises questions is what I usually strive for.”

The black panther holds a special meaning for Charles. It is a very powerful animal and yet it is extremely graceful. It has that perfect balance between light and darkness. Most people don’t know this but black panthers are actually a melanistic color variant of some Panthera species. This means they are very rare, and both this rarity and its extraordinary color adds up to its mystique, making it the perfect subject for a Yugen label.

Charles is now in the midst of starting Vitriol, a publishing company that will focus on creating artwork and collectibles for alternative movies. In his personal work he is digging deeper into the evolution of toys and the thin line and battle between the real and the fake. In the next years he would like to do gallery shows on a regular basis showcasing his personal creations. 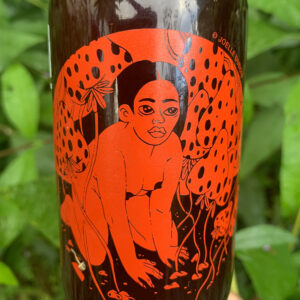 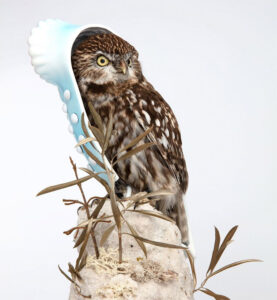 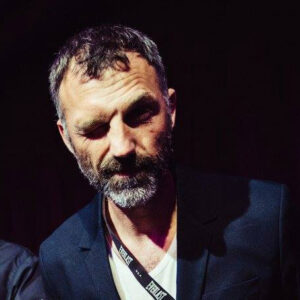